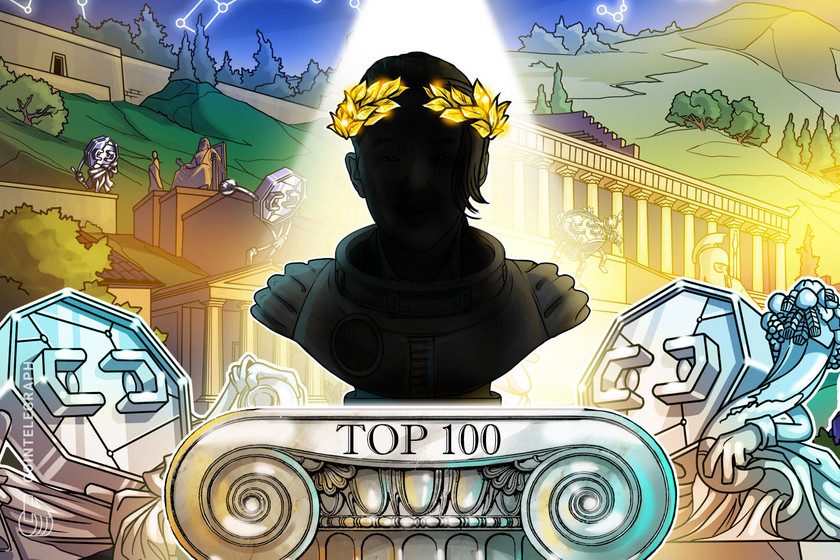 From the obvious to the esoteric, the philanthropic to the acquisitive, and the publicity hounds to the anonymous… the most comprehensive list of crypto’s most fascinating and influential characters.

Let’s get one thing out of the way. You will not agree with every selection on the Cointelegraph list of the Top 100 Notable People in Blockchain.

In fact, you will almost certainly disagree, vehemently, with many of the people we’ve included in this year’s list.

You will seethe at the fact that Arthur Hayes is nowhere to be found. (We looked.) You’ll eat your own… words, because you once tweeted that John McAfee was a shoo-in.

And despite your fury at the absence of the delightful Charlie Lee, and the presence of [really, that guy?] we hazard that our Top 100 is the blockchain industry’s most comprehensive, thoroughly-researched… and indubitably controversial selection.

Our criteria for inclusion this year recognizes that the Cointelegraph Top 100 is not a Who’s Who of crypto. Nobody is guaranteed a position based on their reputation. Instead it references those whose choices over the last year have made a major impact on the industry, or who we expect to be particularly influential over the course of 2021.

Its irreverence toward the ‘Establishment’ in crypto, if such a thing can exist in an industry barely over a decade old, is reflected by the fact that there are an astonishing 75 new entrants on this year’s list.

Even more surprising is the fact that not a single person from last year’s Top 10 kept their spot in the top bracket of this year’s list — and five of them are gone from our Top 100 completely.

Our list, compiled with the input of the entire editorial team at Cointelegraph, is not an endorsement of the individuals who appear on it, nor a celebration of every achievement. We actively dislike black hat hackers, but you can’t deny the impact they’ve had on our industry.

And although it’s somewhat Western-centric, that’s a deliberate choice since some of our regional editions have created lists of their own. We should also note that we had no quotas regarding diversity and inclusion, despite a robust internal debate; the list is meritocratic, although we continue to be surprised and disappointed at the pace at which underrepresented groups are entering the sector.

Our list includes ten people from each of our ten categories:

In preparing our list of Founders, we necessarily have to choose those whose ideas have begun to come to fruition. These are people who have demonstrated that they have the patience and stamina to succeed, as well as the burning desire to innovate.

The figures on our Investor list often act as a bridge between the blockchain and the traditional finance world, and the more investors join the crypto ranks, the closer the industry approaches widespread adoption.

The list of top DeFi personalities attempts to cast a spotlight on this diverse list of characters. In their own — often startling — way, each of them made a contribution to the space in 2020, and many of them will continue shaping the future of DeFi.

We’re talking rockstars, influencers, sports personalities, OG tech wizards, converts from traditional finance and creatives of all stripes — even a starship captain — each sharing a willingness to broadcast a common view that distributed technology is the way we move humanity forward.

Some of the figures we’ve highlighted in our Media, Data & Research category are well known in the media, from crypto influencers and podcasters to cable TV hosts. Others head up data analytics firms or aggregators that help us separate the signal from the noise. And there are a few figures who toil mostly behind the scenes, heading up influential research firms and funds.

The individuals we’ve highlighted in our Markets category represent the sector’s most talented, ingenious analysts. Some have the uncanny ability to forecast macro market moves with a succinct single chart posted on Twitter, while others pore over Bitcoin’s on-chain activity to develop elaborate metrics geared toward institutional and long-term investors.

Those chosen for our Exchange category this year responded to scaling challenges and emerging financial models in various ways, including ramping up server capacity, improving user experience, and rolling out solutions such as the Bitcoin Lightning Network, sidechains and decentralized exchange protocols.

For our Adoption category, we’ve highlighted the individuals in crypto who are creating and supporting products that are going mainstream, as well as those helping to remind us why we’re here in the first place. These figures have found genuine use cases for the relatively young digital asset class and are dedicated to solving real-world problems with cryptocurrencies.

As adoption marches on, governments become ever-more involved in setting out rules of the road. Given how new crypto is and how fundamentally blockchain could decentralize data that is critical to governments functioning, the laws and regulations surrounding the industry are evolving rapidly. The individuals in our Law & Politics category come from both the public and private sectors, but they are united in that they have pushed for the most tangible legal breakthroughs for the crypto industry.

Some are dedicated to rectifying some of blockchain’s flaws, while others yet are bringing privacy solutions to public ledgers and beating hackers and exploiters to the punch on vulnerable smart contracts. Bitcoin was engineered with supreme grace and elegance — it’s a marvel that will likely last centuries. But on the back of blockchain, there is more to be built, and these developers are doing just that.

The Notable 100 will be released in batches of ten, counting down from #100, each day from Monday 1st Feb until the announcement of the Top Ten on Wednesday 10th Feb.

We hope you enjoy it — despite how clearly wrong we were about the vital contributions of that-person-we-excluded-because-we’re-so-ludicrously-biased.

Don’t worry, we’ll get them next year.