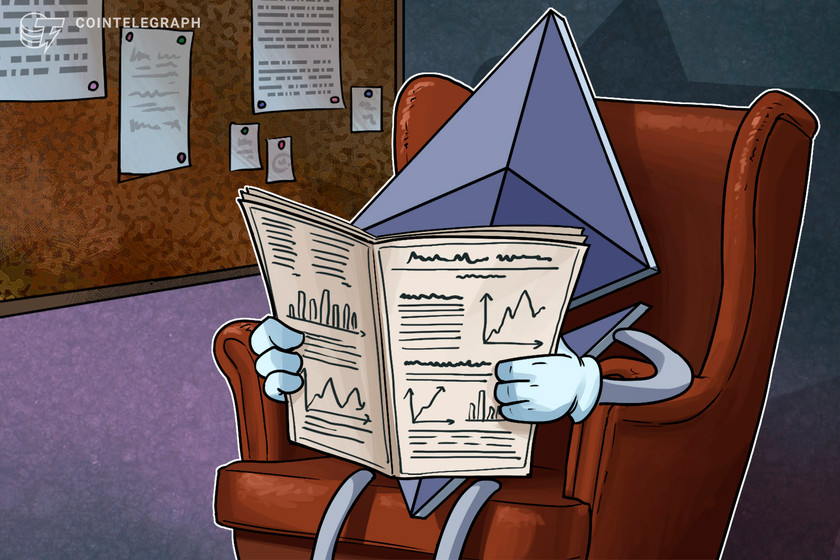 It’s not just the Ether price itself setting records on Friday — users are having to pay more than ever to send transactions and some exchanges can’t cope.

Largest altcoin Ether (ETH) built on its recent all-time highs on Feb. 5 to climb ever closer to $2,000.

Data from Cointelegraph Markets and TradingView showed a fresh breakout occurring for ETH/USD during Friday trading.

The move came on the back of intense trading interest in DeFi coins, many of which use the Ethereum network as their basis. DeFi produced many of the best movers on weekly timeframes.

Ether meanwhile had already seen brisk upside as anticipation built over the launch of dedicated futures from CME Group, one of the pioneering Bitcoin futures operators. Asset management giant Grayscale began buying ETH for its Ether Trust again this week after a near two-month break.

While some well-known cryptocurrency figures, including Gemini exchange co-founder Tyler Winklevoss, celebrated price performance, the highs were accompanied by another record — transaction fees.

As Cointelegraph reported, gas fees on the Ethereum network became so high this week that some exchanges were forced to halt ETH withdrawals altogether.

“This is a legit crisis. Going to have to stock up on popcorn to see how Ethereum digs its way out of this,” Blockstream developer Grubles commented.

According to data from YCharts, the average ETH fee was $23.27 on Feb. 4, the latest date for which statistics were available.

While Bitcoin (BTC) meanwhile simmered below $40,000, macro conditions appeared apt to fuel fresh upside for BTC/USD. As the S&P 500 hit its own all-time highs on Friday, so the U.S. dollar currency index drop, a phenomenon which traditionally implies that Bitcoin will benefit.

“Correlation is not causation, but the trend is quite clear: #Bitcoin’s meteoric price rise (and occasional crashes) correlates closely with movements of the U.S. Dollar Index (DXY),” data analytics service Kaiko wrote about the phenomenon this week.